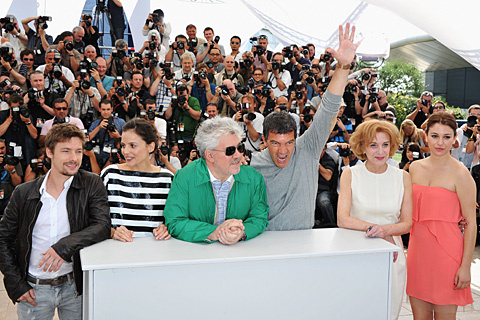 Pedro Almodovar with all his cast of "La piel que habito / The Skin I Live In" at the
photocall yesterday in Cannes. 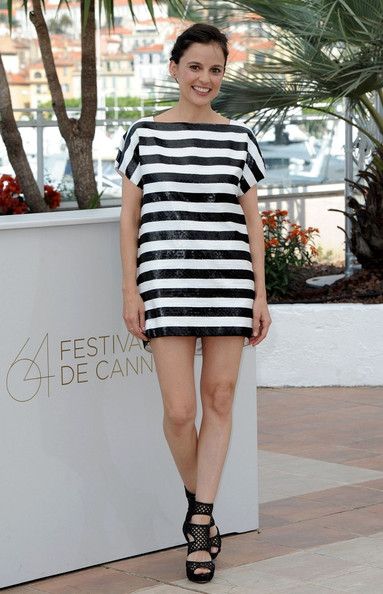 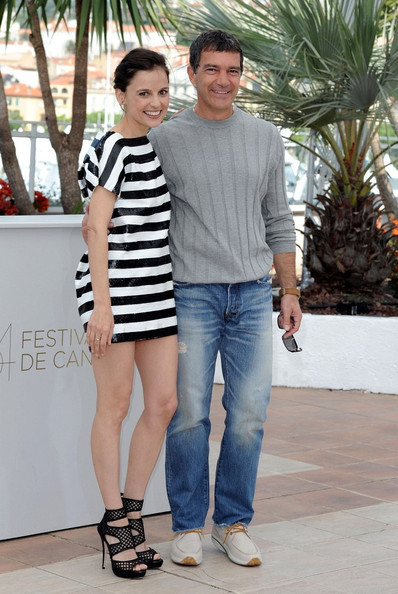 Elena and Antonio Banderas in a relax photo shooting promoting their new film at Cannes. 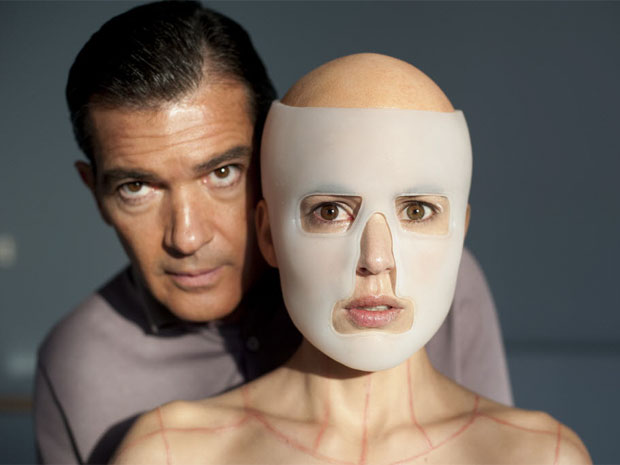 "La piel que habito / The Skin I Live In" by Pedro Almodovar. 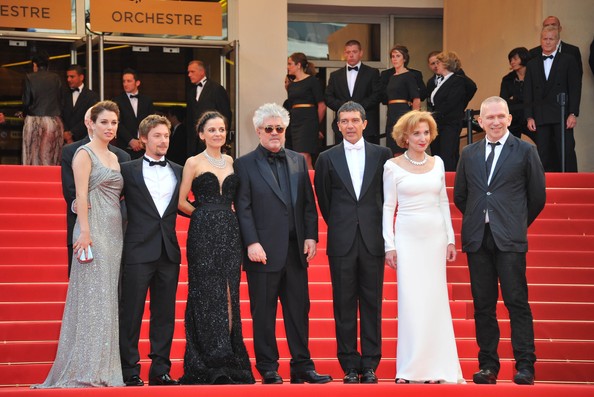 At the red carpet of the premier "La piel que habito / The Skin I Live In" that for some critics is a brilliant film with touches of horror and science fiction. 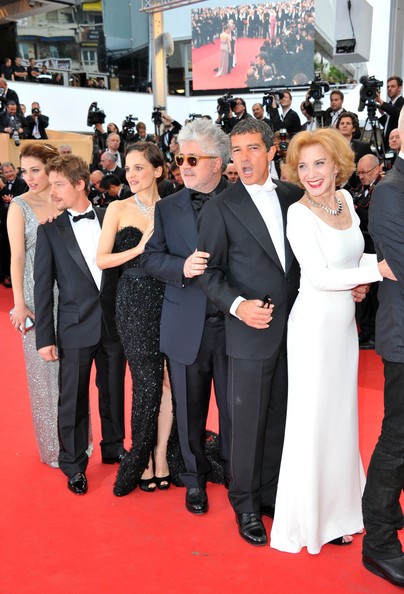 Almodovar's cast made the party at the premier in Cannes...they were so happy and exited! 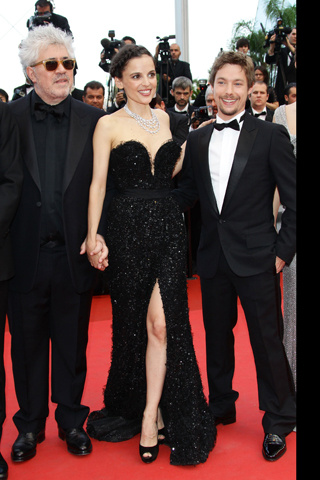 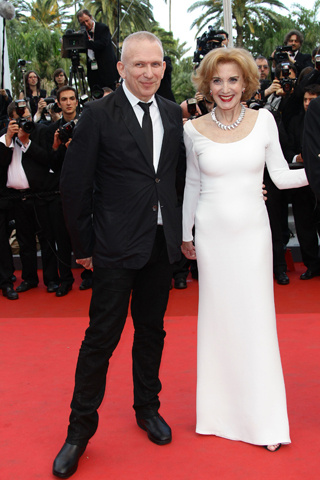 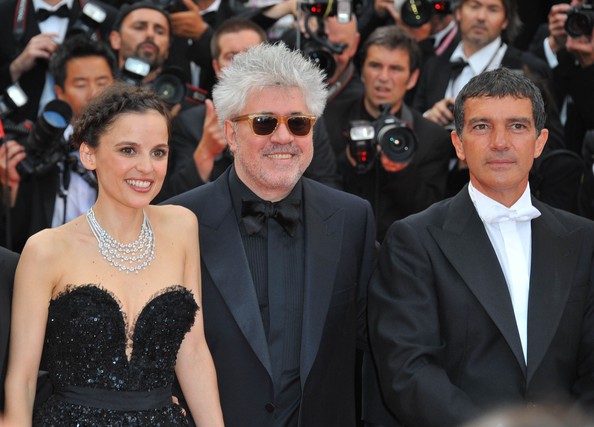 Are they going to win the Palme d'Or for best picture at Cannes 2011?
Will see.....but the good thing is they are enjoying the moment.
Kisses and have a fabulous weekend!
Pictures by Getty Images and via Google
Posted by Angeles Almuna
Email ThisBlogThis!Share to TwitterShare to FacebookShare to Pinterest

LOVE the striped look with the Jimmy Choo heels! Adorable.

Stop by my blog some time at http://stylelustpages.com!

Promotion of the movies and this one actor is in the expandable movie I have seen with some funny role of the acting. Still with this actor I have memories for essay on time even for his movie I will skip every subject.

Hey there! Someone in my Facebook group shared this website with us so I came to look it over. I'm definitely loving the information. I'm bookmarking and will be tweeting this to my followers! Great blog and superb design. custom website design

You could definitely see your enthusiasm in the work you write. The world hopes for more passionate writers like you who are not afraid to say how they believe. Always follow your heart. intercontinental singapore

whoah this blog is magnificent i love reading your articles. Keep up the good work! You know, many people are looking around for this info, you could help them greatly.customer service platform

I will immediately grab your rss as I can't find your e-mail subscription link or newsletter service. Do you have any? Kindly let me know so that I could subscribe. Thanks. traditional modes of advertising

Nice blog here! Also your site loads up fast! What host are you using? Can I get your affiliate link to your host? I wish my site loaded up as fast as yours lol. adopting a mobile-first approach

I've been surfing online more than three hours these days, yet I never discovered any attention-grabbing article like yours. It’s pretty worth sufficient for me. Personally, if all web owners and bloggers made excellent content material as you probably did, the net might be a lot more helpful than ever before. seo in singapore

Just want to say your article is as surprising. The clarity in your post is just spectacular and i could assume you're an expert on this subject. Well with your permission allow me to grab your RSS feed to keep updated with forthcoming post. Thanks a million and please carry on the gratifying work. advertising platforms


Wow that was strange. I just wrote an really long comment but after I clicked submit my comment didn't show up. Grrrr... well I'm not writing all that over again. Anyhow, just wanted to say great blog! Gives You An Edge Over Your Competitors